I read the challenge name, I act like its nothing, I download the challenge, use strings on it to make sure, please don't be it, find that it is what I think it is, its a Go binary. shoots self

I have been struggling with Go compiled binary challenges for a while until the qualification round for this CTF that had a Go binary challenge, which made me take the decision that I should study specifically for it, I will put the resources that helped me most in the references.

Used file and found out its a 64-bit executable

Opened the executable in IDA, and it took sometime to analyze the binary since Go binaries are very large compared to C binaries, as Go compiler generates a single ready to run binary by packing everything inside it, so using any library (packages in this case), you will find all the functions inside it.

After waiting for around 3 minutes, IDA has finished analyzing the binary, and to my surprise the function names and everything was there, usually in Go challenges, the names are stripped and you had to rename them by using the symbol table in the file.

Looking at the functions you will notice a pattern, there is always a something_functionName, the something here is the package name and then the function name. In Go, everything should be in a package, and there is the main package, that's what runs first. 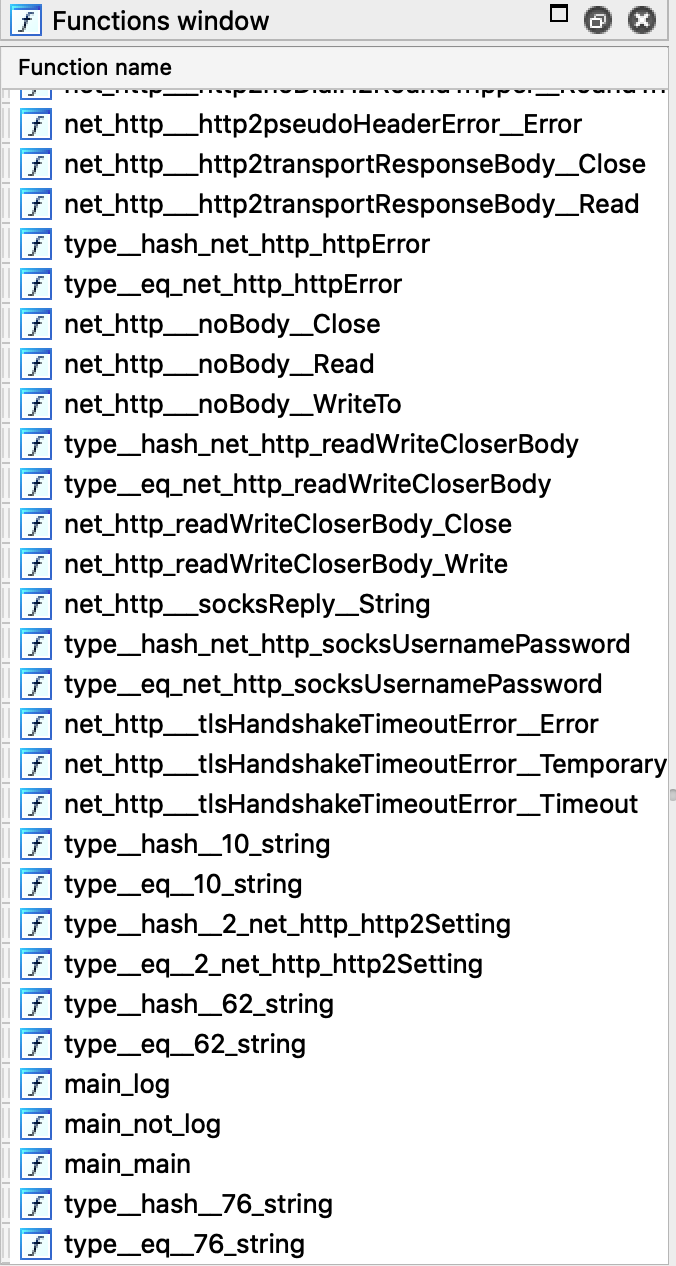 You can see there are 3 functions in the main package, main_main is the main function, it runs after everything has been initialized, so we start by analyzing it.

It first checks for the number of arguments you enter and prints some strings if you inputted a wrong number of parameters: 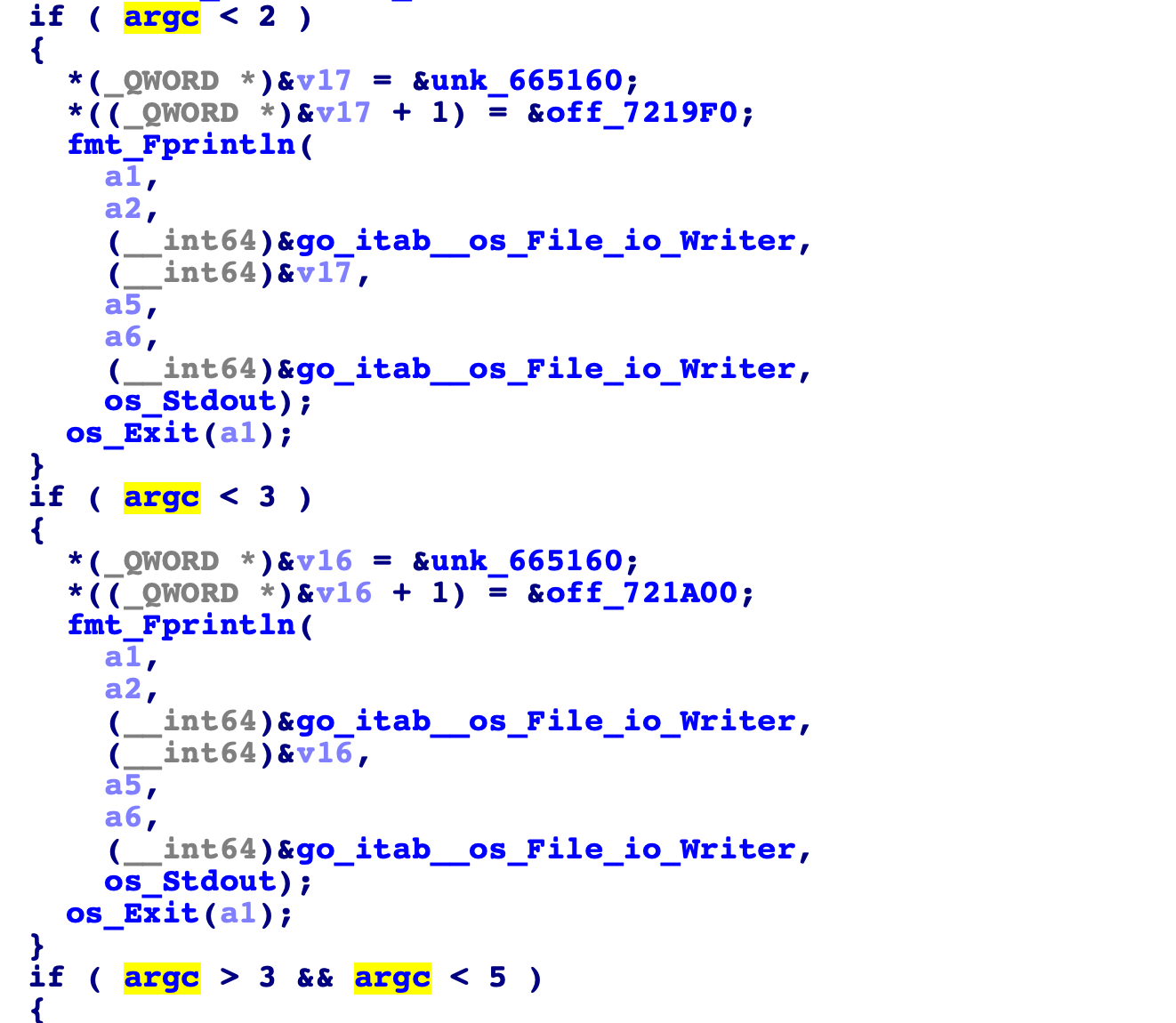 You can keep increasing number of arguments, but as you see its just making the binary angrier, so we deduce it requires two arguments.

It takes your two arguments and concatenates them together, and then stores the generated string, so looks like that we are entering the flag? lets see.

The binary then starts a go-routine with some process, which we find out is main_not_log

Looking into that function, and it contains some logic and I guess that it must be operating on the strings inputted by me. 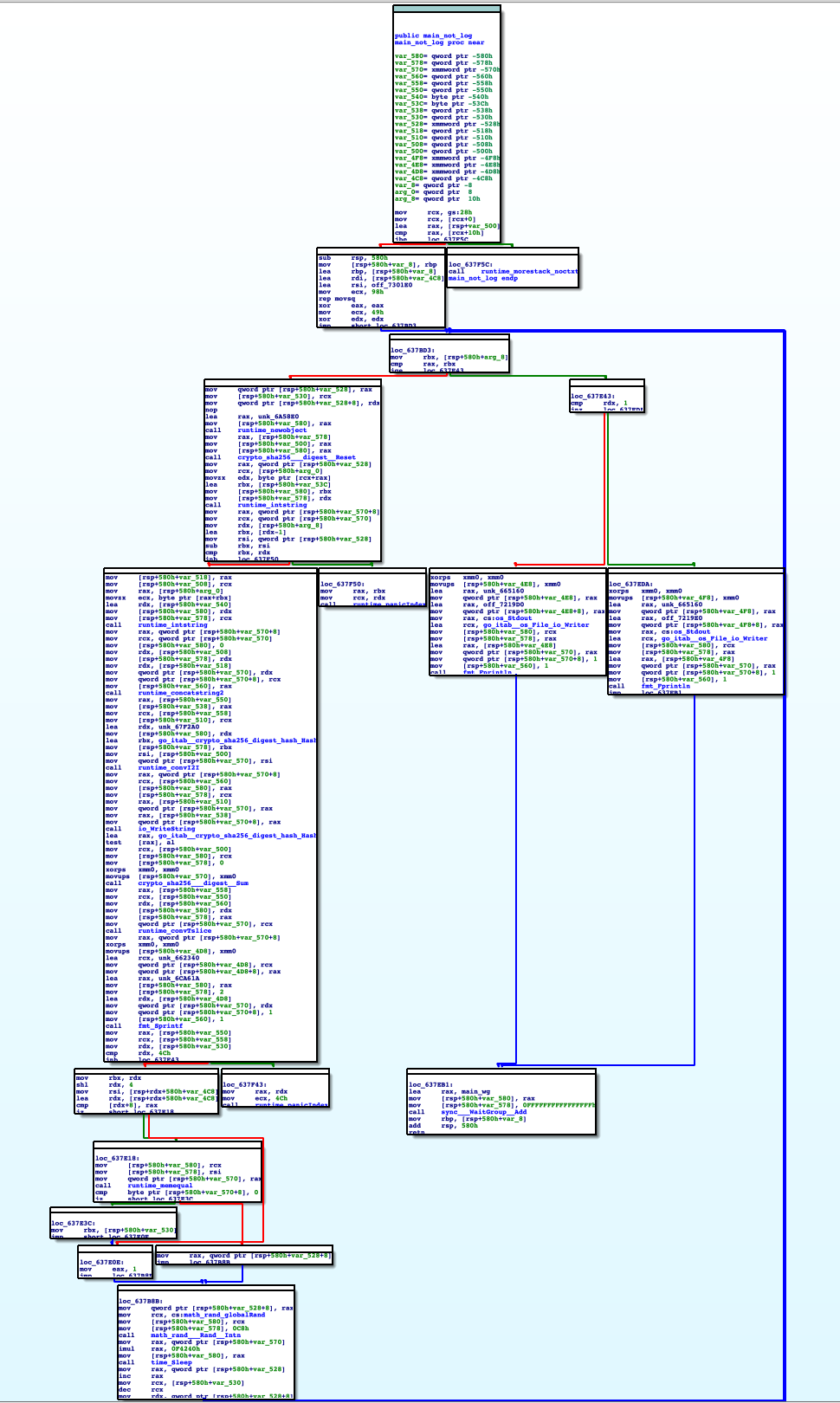 I found out it loops for 73 iterations operating on my inputted strings, and the process is as follows:
Assuming we inputted two args: iHate, RustToo

Now every think looks clear, we have to bruteforce the characters that are equivalent to those hashes. I couldn't extract the hashes table from the binary statically as I didn't know how the code indexed them, and I spent some time trying to know how it was indexed but with no success, so I decided to just dump them dynamically.

First I had to patch the time_sleep function: 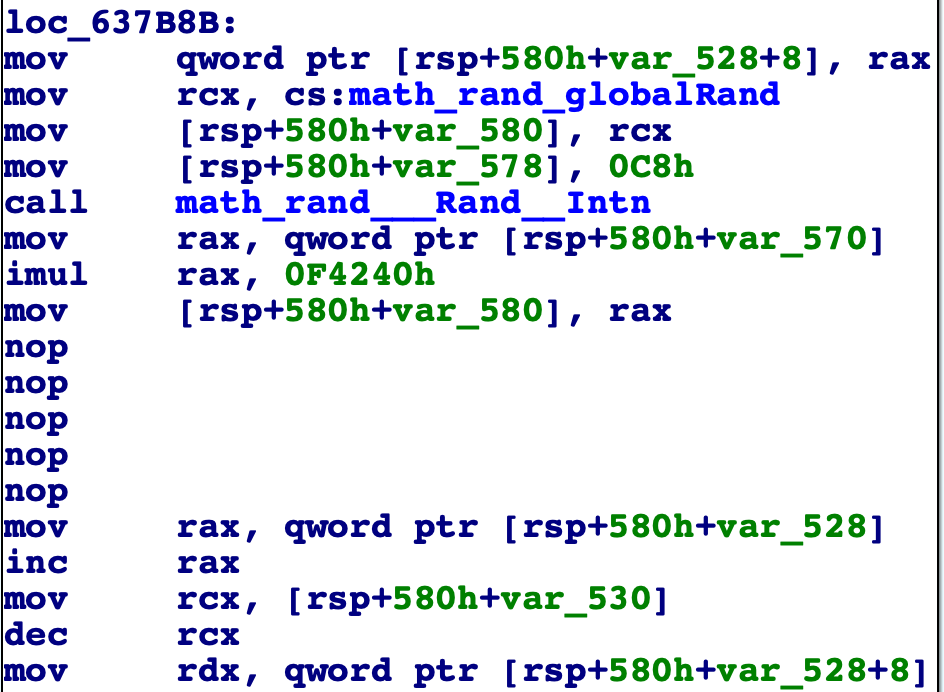 And then I wrote this ida script to extract them:

It simply runs to the address, extracts the string and puts into an array. A little thing should be mentioned here, when you run this script you have to input 2 arguments where length of each one ≥ 37, in order to get all the hashes as there are 74 hashes. I later found out that was dumb from my side, since I only needed only half the hashes since it check from both ends

After extracting the hashes, I bruteforced for the required input:

For all the printable characters, it tries all permutation of size 2, generates a sha256 hash, checks it with the hashes table, if found then we found two chars, the script could be optimized a lot, but there was no need as the complexity was just 100*100*35=350000, which is nothing.

Running the second part of the script generates the required input to pass the checks, which as I guessed from the beginning, was the flag:

That's the story of how I solved my first Go challenge. 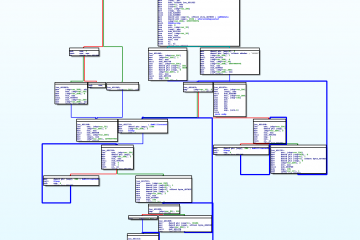 [Writeup] Ananas Description In an unfortunate turn of events, trupples tried to become a camboy, It didn't turn out so well... Here is what the family firewall recorded... Ananas was a reverse challenge in HackTM Read more… 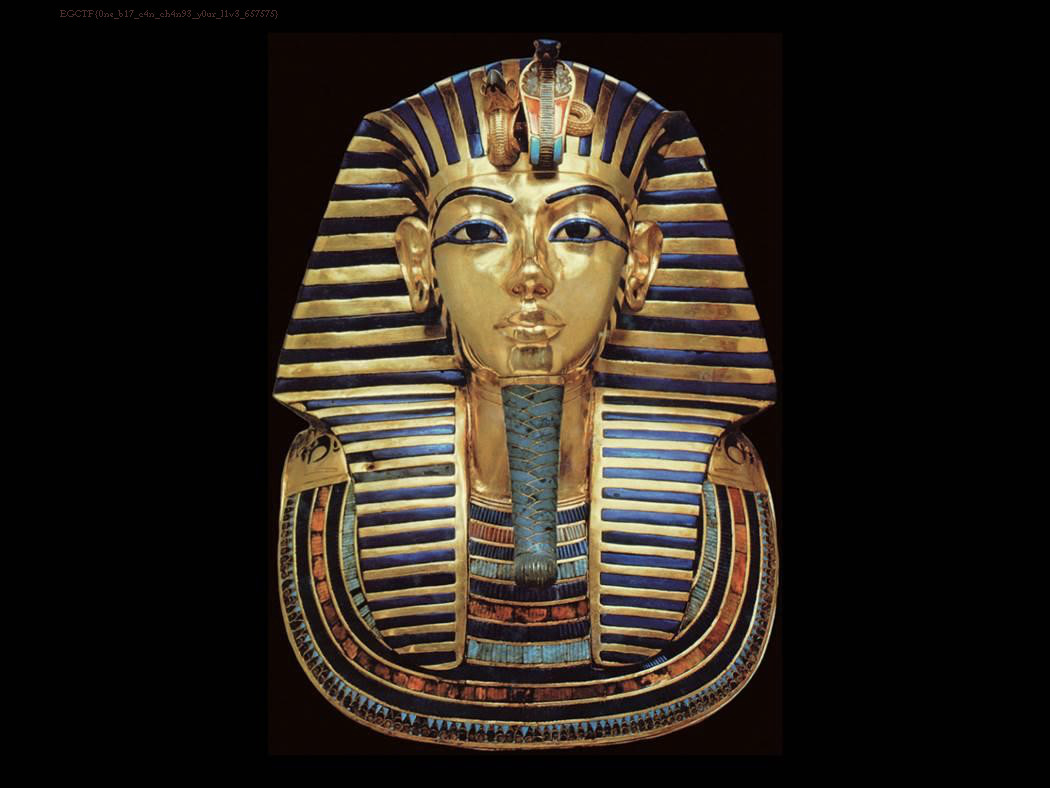 At the first glance it looked like an easy challenge, we had the following image and the description stated that only one bit was flipped. So all we have to do to get the flag Read more… 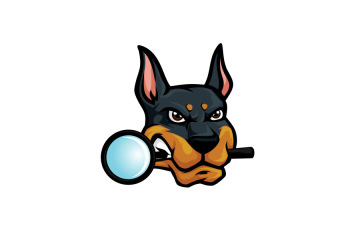 Initials In that challenge we got a .vhd file (Virtual Hard Disk) Running file on the file we got that result of file command on the vhd file So it's a NTFS corrupted image so Read more…