In that challenge we got a .vhd file (Virtual Hard Disk) 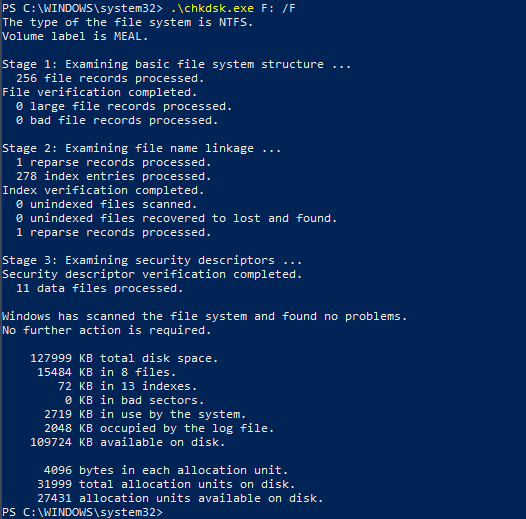 So let's check the files in the image

We only got a pdf file, I spent some time examining the pdf, I thought it might contain something hidden in it but that wasn't the case and I was stuck.

don't use automated tools it will damage the file

So I think we shouldn't have used chkdsk it probably corrupted the challenge so I downloaded a fresh copy and I opened the image with the autopsy tool let's see what we got.

Ok, so autopsy craved 6 deleted files the 2 pdfs and the jpeg aren't important.

What matters here are those MFT records, we have 3 user files those files are deleted and we want to recover them.

First we need to know the difference between resident and non-resident files.

When you format an NTFS volume, the format program allocates the first 16 sectors for the boot sector and the bootstrap code.

So now we will open the image in FTK-Imager and use it's embedded hex editor to go into the partition boot sector but first we run fdisk -l ch1.vhd to get some information that we will need.

So we got that:

Now let's jump to that offset 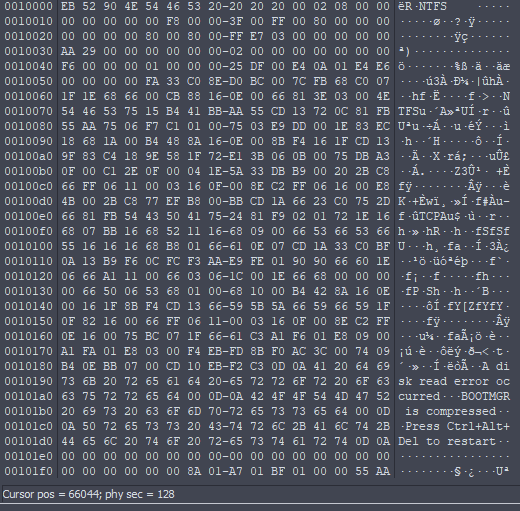 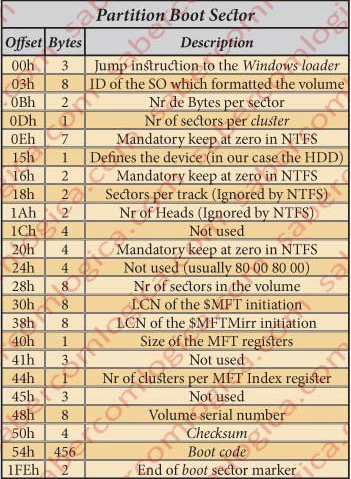 Each file on an NTFS volume is represented by a record in a special file called the master file table (MFT). NTFS reserves the first 16 records of the table for special information.

The first record of this table describes the master file table itself, followed by a MFT mirror record.

That's the first record of the $MFT it contains the record about the $MFT itself.

We want to jump to the record of our desired file.

If a file is deleted from disk it's data remains there on the disk until it got overwritten and since the MFT contains all the file records we can recover deleted files if they not overwritten.

So let's use MFTParser to get all the MFT records

It dumped all the MFT records but we interested in that one as the challenge name is Find the mising meal and there is a deleted file called launch.rar it's not a coincidence so let's jump to that file offset 0x6550400 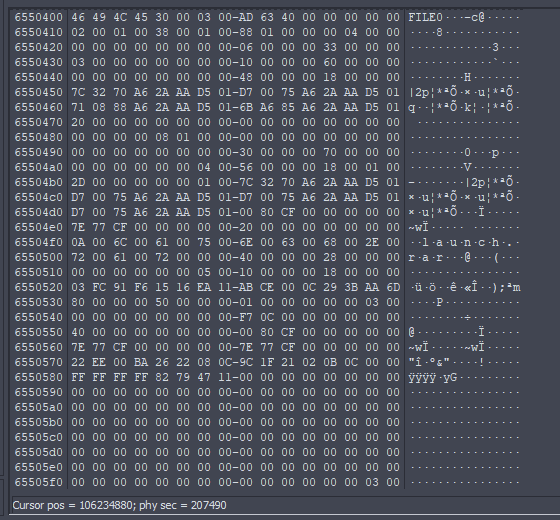 That's the $MFT record for our desired file according to the following table the $MFT record contains a set of attributes that define the file but we only interested in the $DATA attribute . 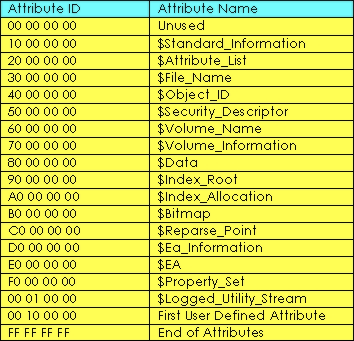 We're gonna use this table to help us decode this attribute but I'm gonna jump straight to the data runs because that's what we need here. 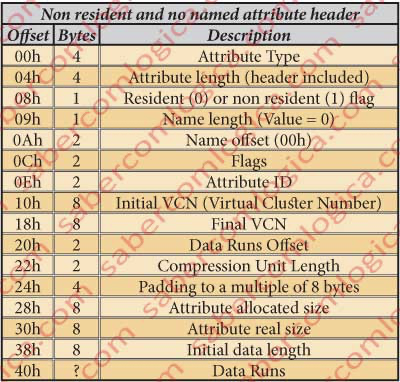 The Data Runs are a virtual manner of cluster indexation. In this case to index the clusters where the non resident data lives.

The indexation through data runs must be decoded in order to be understood. So, let’s decode the data run for our case which, as we’ve seen, starts at the offset 0x6550570.

At this offset we can see the following bytes chain:

Which we are going to decode.

The Byte 22 as to be decomposed in its two digits (half byte) being:

Then we have 00 00 that means that was the end of our data runs.

Now we can get the hex data from those three data segments and I used this online tool to convert from hex-data to binary file.

We finally got the rar file which contains the following files

Opening the PDF ch13.pdf we got the flag 🙂 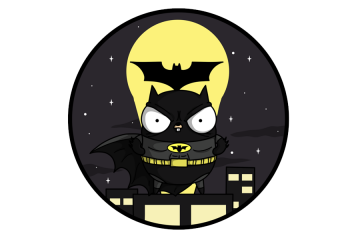 I read the challenge name, I act like its nothing, I download the challenge, use strings on it to make sure, please don't be it, find that it is what I think it is, its Read more…

At the first glance it looked like an easy challenge, we had the following image and the description stated that only one bit was flipped. So all we have to do to get the flag Read more… 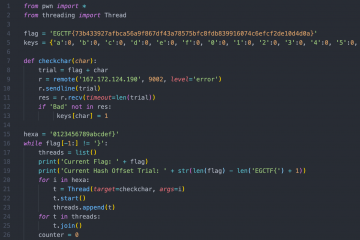 Approaching the challenge we only get a simple description: nc 167.172.124.190 9002 Starting up by fuzzing the server with variable lengths of input, we always got the Bad Flag response but with varying time frames Read more…